Dear citizens of BANDHI...
I am working on this page "FAMOUS PERSONALITIES OF BANDHI".
So if you are a famous person of Bandhi or your friend, father, relative, late or alive, anyone is famous person.
And you have complete biography with picture of that person then quickly mail us at : [email protected]
We are going to publish it on this page.

So please don't be late send me biography as soon as possible, don't miss that chance.

Abdul Haq Jamali is a Politician from District Nawabshah (Shaheed Benazir Abad), Sindh. He was elected as Naib Nazim of Nawabshah. After Faryal Talpur resigned as District Nazim, he served as the care taker District Nazim. He holds vice president office of Pakistan Peoples Party Nawabshah 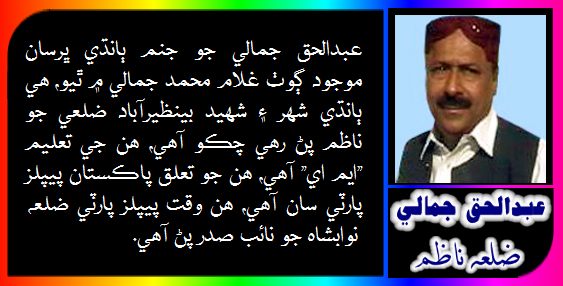 Khuram Yar Muhammad Brohi is a Politician from District Nawabshah (Shaheed Benazir Abad), Sindh. He was elected as Taulka Nazim of Daur. He belongs to Pakistan Peoples Party. 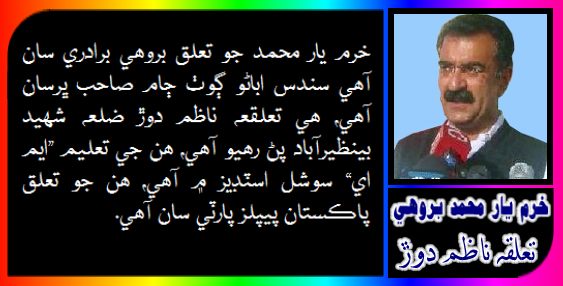 Mumtaz Jamali is a Politician from District Nawabshah (Shaheed Benazir Abad), Sindh. He was born at Village Ghulam Mohd Jamali near Bandhi Town, He is well educated person, He was elected as city Nazim of Bandhi, He belongs to Muslim League Q. 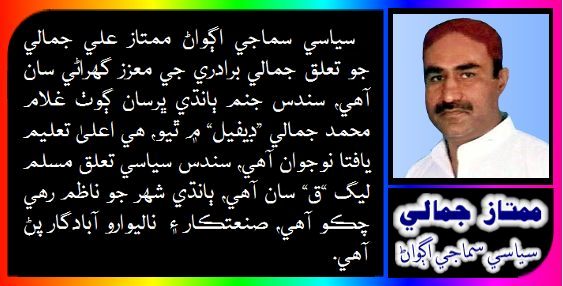 Late Comrade Karam Ali Jamali was the leader of Jamali community, He found the party "JAMALI ITIHAD" He met with teh leader of "HARI COMMITTEE" Hyder Bux Jatoi, After that he they both started working for the farmers, He belonged from Pakistan Peoples Party, He was Supportive of girls education, His sons Doctor Doulat Jamali, Asghar Jamali, Imdad Jamali are educated from Cadette College Petaro, 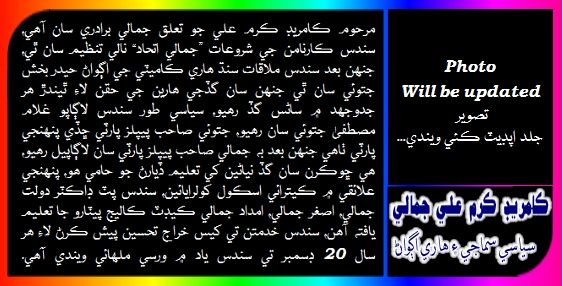 Shaheed Ali Asghar Dahri was a brave police officer, He was Bandhi's citizen, He martyred during fight with terrorists. He is buried at his village near Bandhi town. 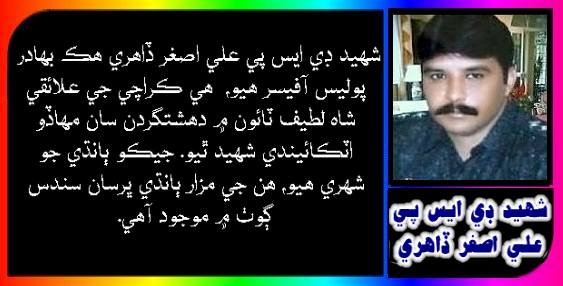 When Shaheed Benazir Bhutto came back to Pakistan on 18th October 2007, Shaheed Shakeel Ahmed Buriro went to Karachi to welcome her leader, And in the terrorist attack he martyred, He was also "HAFIZ-E-QURAN" He is buried at his village where he was born. 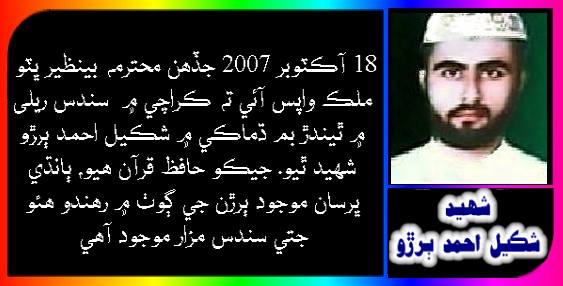